There’s nothing more satisfying than celebrating the New Year with a massive fireworks display at midnight. It’s the one show every year that doesn’t require a long build-up to tease your audience along toward the grand finale – you just skip to the good part and light up the sky as the clock strikes midnight!

Even so, it’s not always as simple as grabbing your July 4th leftovers and lighting everything all at once. We know that many of you are taking that next step into building more elaborate displays, so we want to share a few ideas to help you add some extra finesse to your New Year’s fireworks show.

To that end, we’ve designed a fast-paced, hard-hitting show that uses a large amount of pyrotechnics in a short amount of time. While the primary goal of this show is to be fast and loud, there are still plenty of great effects and lots of colors to give the show plenty of pyrotechnic beauty while leaving a lasting impression on your New Year’s Eve party guests.

Below are the suggested fireworks for this show, but feel free to make it your own by substituting some of your favorites. You can also reach out to us if you need help with ideas. For your convenience, we’ve also created a Salute to Midnight product category on our wholesale website so you can start shopping right away. You’ll need one case of each item:

The Amazing fountains provide ground-level and lower-sky entertainment. They will run throughout the entire show except for the last 30 seconds as the finale is taking place and all eyes will be high in the sky anyway. These are very powerful fountains, so be sure to secure them to prevent them from tipping over while firing.

Note that using this many artillery shells requires mortar racks, so you can set these up in advance with your preferred firing method. Whatever method you choose, be sure that all mortars are secured against tipping over when firing. If you are unsure about this, we recommend leaving them out of the show or substituting additional repeaters or finale racks.

The 200-gram repeaters Absolute Evil and Drain Bamaged will give the show a consistent theme and fill the middle sky throughout the show while the various 500-gram repeaters give a unique flair to the higher sky. These fireworks provide the bulk of the show run time. When firing multiple repeaters, we recommend using an electrical firing system or multiple people to hand light the fuses. Be sure to secure the repeaters to prevent them from tipping over while firing. 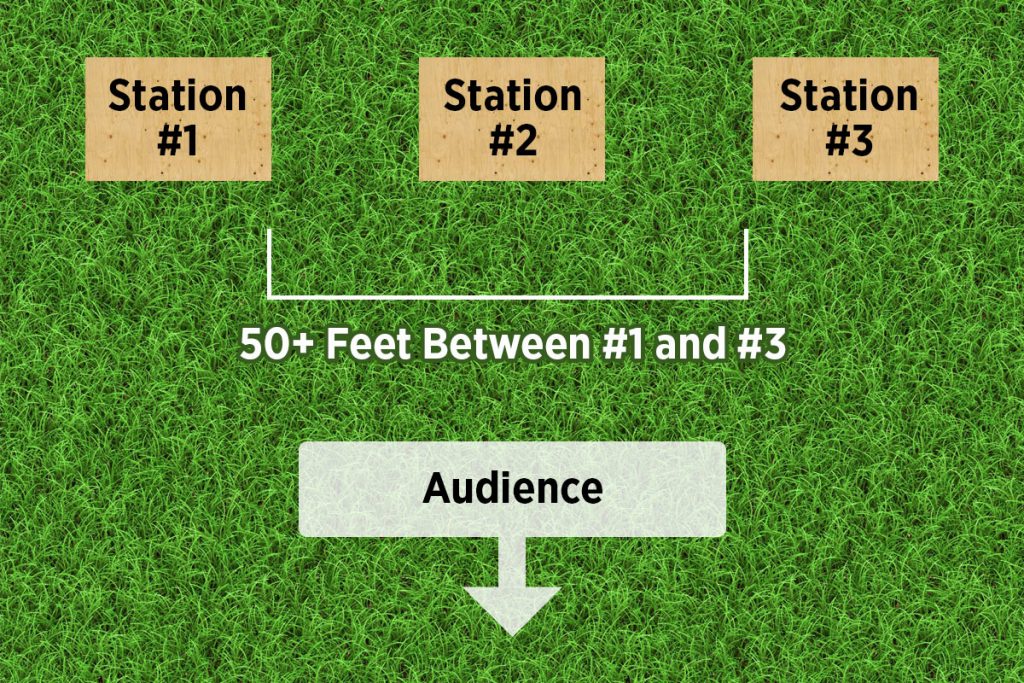 You will notice that, for the most part, Station 1 and Station 3 are mirror images of each other. That is, whatever is being fired at Station 1 is also being fired at Station 3. Firing the same firework at the same time compounds the effects of the firework and is a technique used by professional shows. We switch this up a little toward the end to break this pattern up.

With a little planning and setup, you will be ready to celebrate the New Year with an incredible midnight fireworks display! To help you shop our show ideas, you can find the products for a given show on our Fireworks Show Ideas page. We hope you enjoy the show and share your own ideas in the comments. Be sure to get plenty of photos and video and tag #mysuperiorfireworks to share your show with us!

How to Light Your Fireworks Show
Our New Fireworks Store is Open for New Year’s!